A worldwide community with a passion for unity

The Focolare is an ecclesial movement for spiritual and social renewal. Officially known as the “Work of Mary,” it was founded in Trent, Italy in 1943 by Chiara Lubich and her closest friends, and approved by the Catholic Church in 1962. The movement has now reached 183 countries, and more than 2 million people share closely in the life of the movement and its work.

Inspired by Jesus’ prayer, “May they all be one” (Jn 17:21), the Focolare features a spirituality of unity, which has become a lifestyle for people of all ages and backgrounds. It transforms their lives and relationships, and by extension positively influences the social and ecclesial contexts where they live and work.

Together with many other groups moving in this direction, the Focolare is committed to building relationships among individuals, peoples, religions and cultures. It does this by engaging in various forms of dialogue in many areas of society.

The Focolare includes people with no religious affiliation, the faithful of the world’s religions, and Christians of various denominations. Each shares the movement’s goal and spirit, while at the same time following their own faith and conscience.

At the heart of the Focolare are small communities of single women and men who dedicate their lives to God with vows of poverty, chastity and obedience. They live in households called “focolares,” from the Italian word for “hearth,” where a family would typically gather around for warmth and light.

Think of the Focolare as a large, diverse, global family. Focolare’s founder Chiara Lubich described it as a “new people born of the Gospel.” Like many communities, it has and creates its own culture, and is probably best understood by experiencing it together with people who live its spirituality. Like many cultures, it can be described, but it’s best to come see for yourself.

Find out more about the Focolare in Oceania or check out our frequently asked questions. 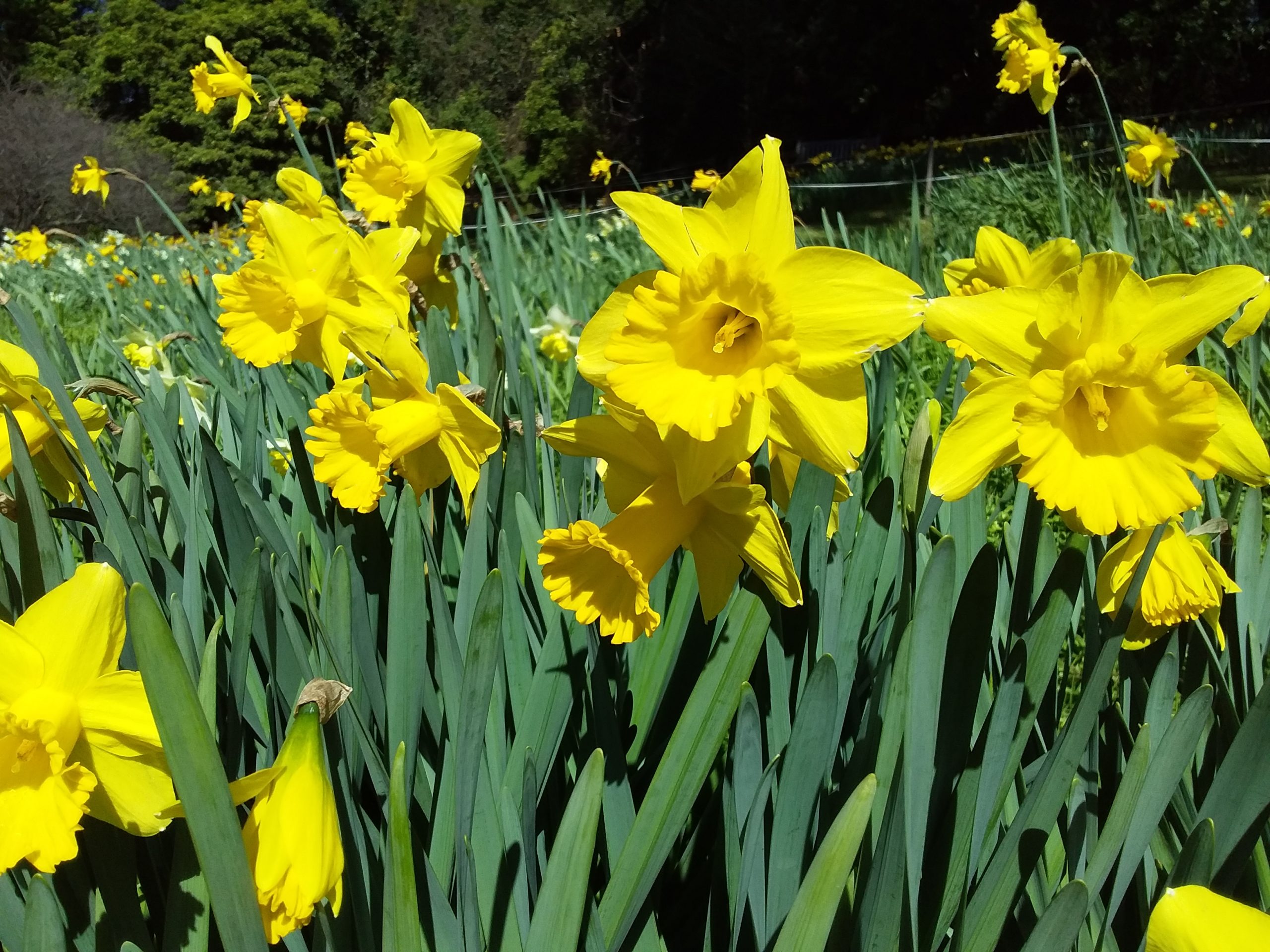 Adherents are the largest group who share the Focolare spirituality. They nourish themselves on its ideas and live out its principles in everyday life.

Although they do not make any formal commitment, their activity in their families, churches, schools and communities carries forward the individual and social renewal that is central to the Focolare mission. They often attend Mariapolises, Word of Life meetings and other Focolare events.

If the movement were a tree, adherents would be the leaves—a sign of freshness, growth and life. 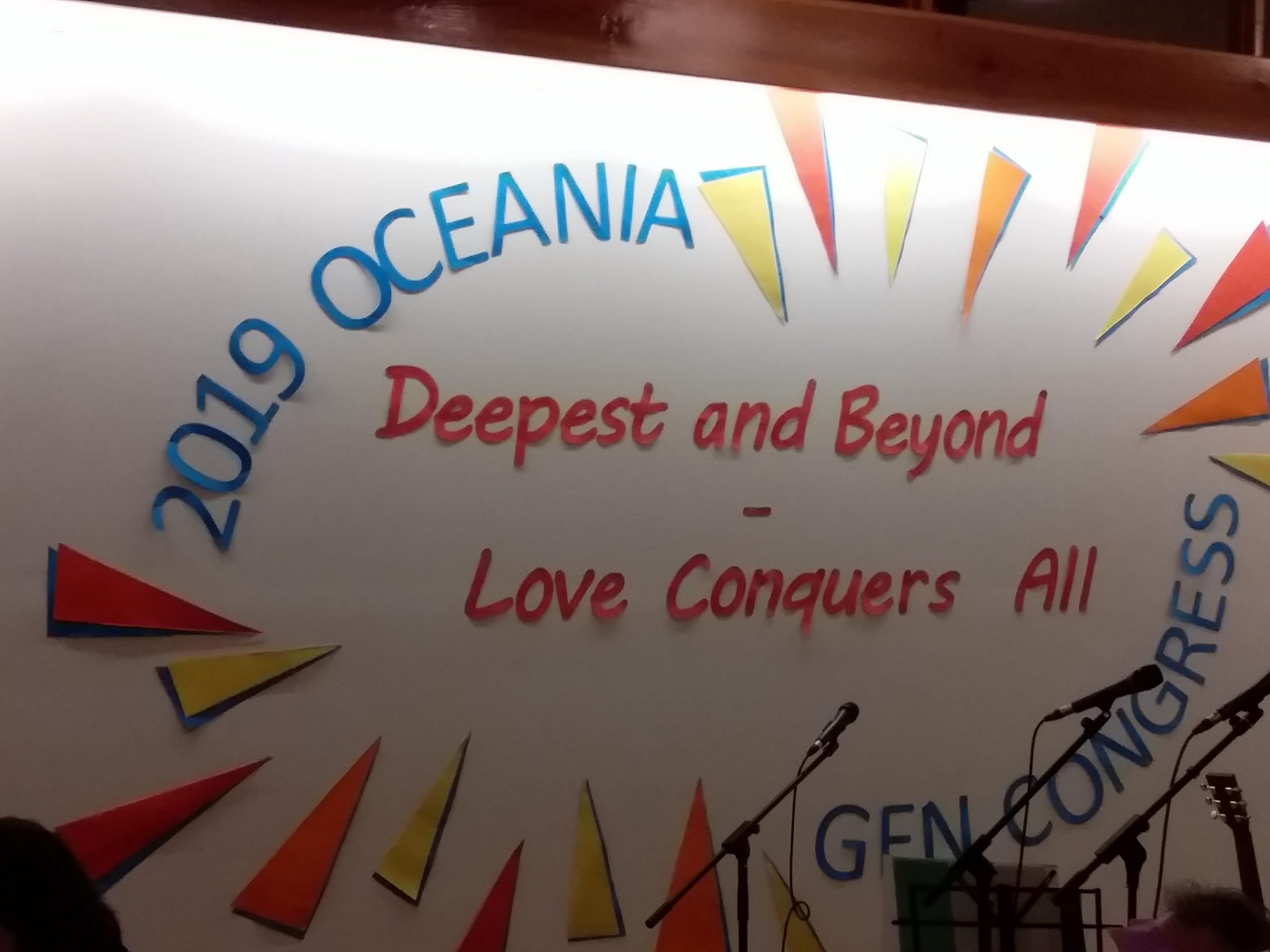 The New Families Movement connects the families that live the Focolare spirituality as they experience the day-to-day challenges and joys of marriage and parenting. New Families sponsors courses of formation through which couples strengthen their relationships, and families learn to apply the gospel to their everyday lives. It also provides support to couples facing particular challenges within their marriage.

Couples and families see their own difficulties as a springboard to reach out to others with similar problems. Igino Giordani, Focolare cofounder, husband and father of four, captures this well: “The family is not closed within itself, but grows like a cell that lives as much for others as for itself. A new society is born from families that live the gospel.”

New Families also works to ensure that families throughout the world can live a dignified life and provide for their children. It currently supports 100 development projects involving 15,200 children in 45 different countries. 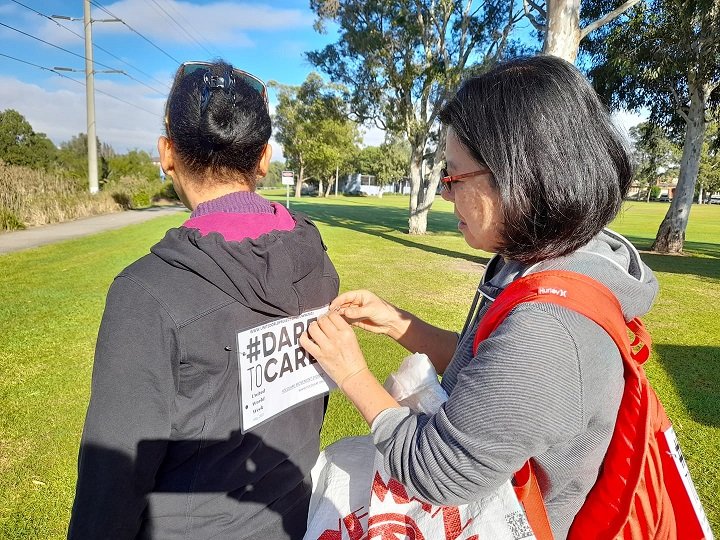 The focolarini are at the heart of the Focolare community. Theirs was the first vocation to emerge in the early years. They formally commit to share their life in a community, and they live the evangelical counsels—poverty, chastity and obedience—which support their life of unity.

Most are single and share a home with other focolarini. There are also married focolarini who instead live at home with their families, but share in Focolare life.

All focolarini deeply share the same spiritual journey and contribute to building and taking care of the wider Focolare community. 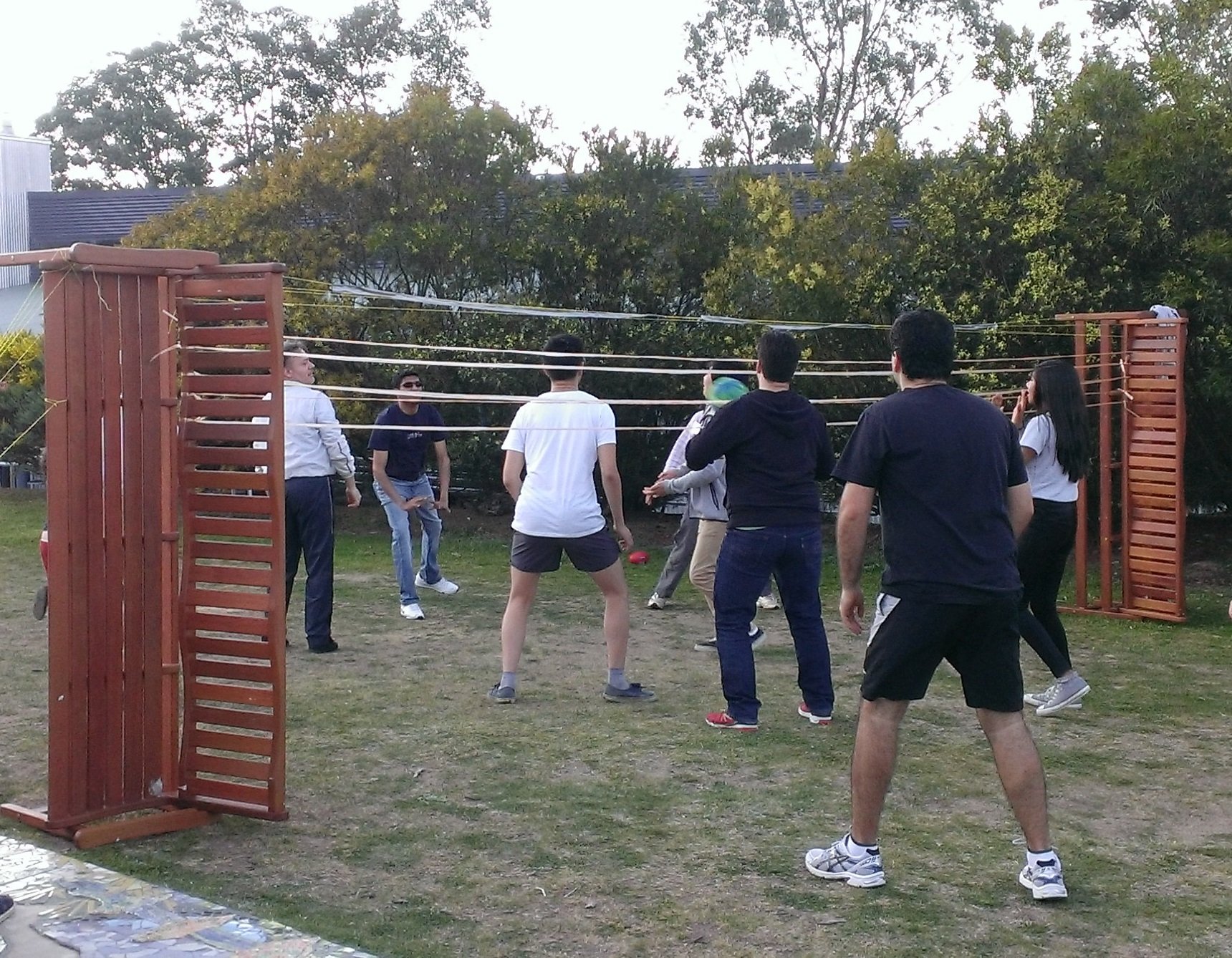 The young adults in Focolare are called Youth for a United World. As they study, work and get involved in social projects, they build a more fraternal and united world, starting from their everyday relationships. These young adults really become “global” people. Through international conferences and training programs, they experience firsthand how Focolare’s spirituality of unity helps bridge ethnic, cultural and language differences.

Some of these young adults feel called to live Focolare spirituality in a deeper way. They are called Gen 2, for “second generation.” Blessed Chiara Luce Badano is an example of a Gen 2 who became a model of holiness for many young people all over the world. Like others in the movement, Gen 2 regularly get together in smaller groups to share, support and encourage each other as they live Focolare spirituality in their daily lives.

With all the enthusiasm and energy typical of their age, teens in Focolare are called Teens for Unity. (Sometimes they’ve been called Gen 3, for “third generation.”)

They live Focolare spirituality at home and in their school environment, where they often become catalysts that go beyond the constraints of cliques and the negative dynamics of peer pressure in order to build healthy relationships.

They invent projects big and small to bring colour to their cities, bringing joy and concrete aid, especially where poverty, solitude or marginalization prevail.

Every year they run a worldwide relay race for peace called Run4Unity. 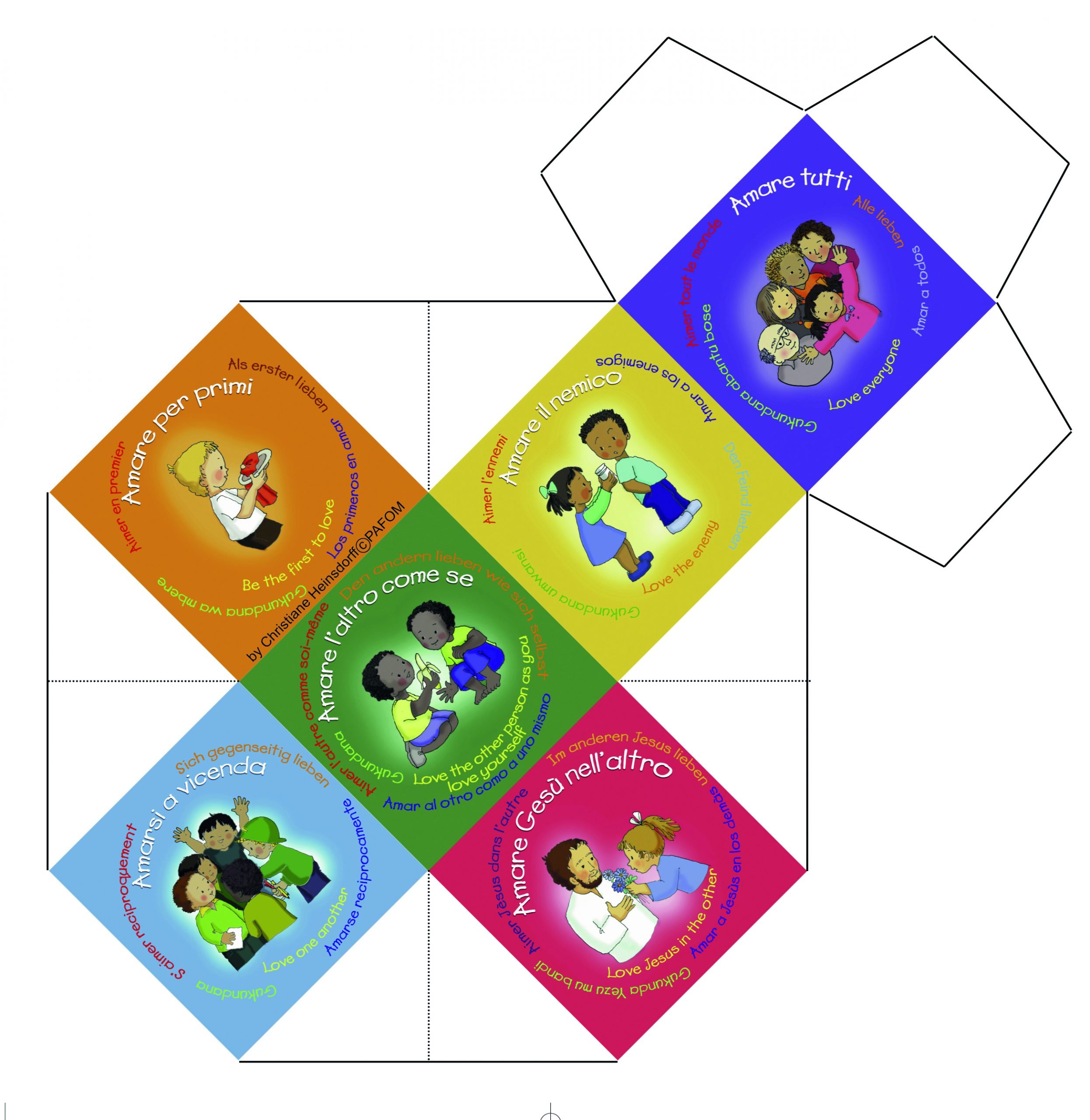 Focolare kids ages 4–9 are usually called Gen 4, which means 4th generation. They learn early on about the Focolare’s goal to work for unity, and pitch in.

They use educational tools, such as the “cube of love” to learn and practice a spirituality of unity. 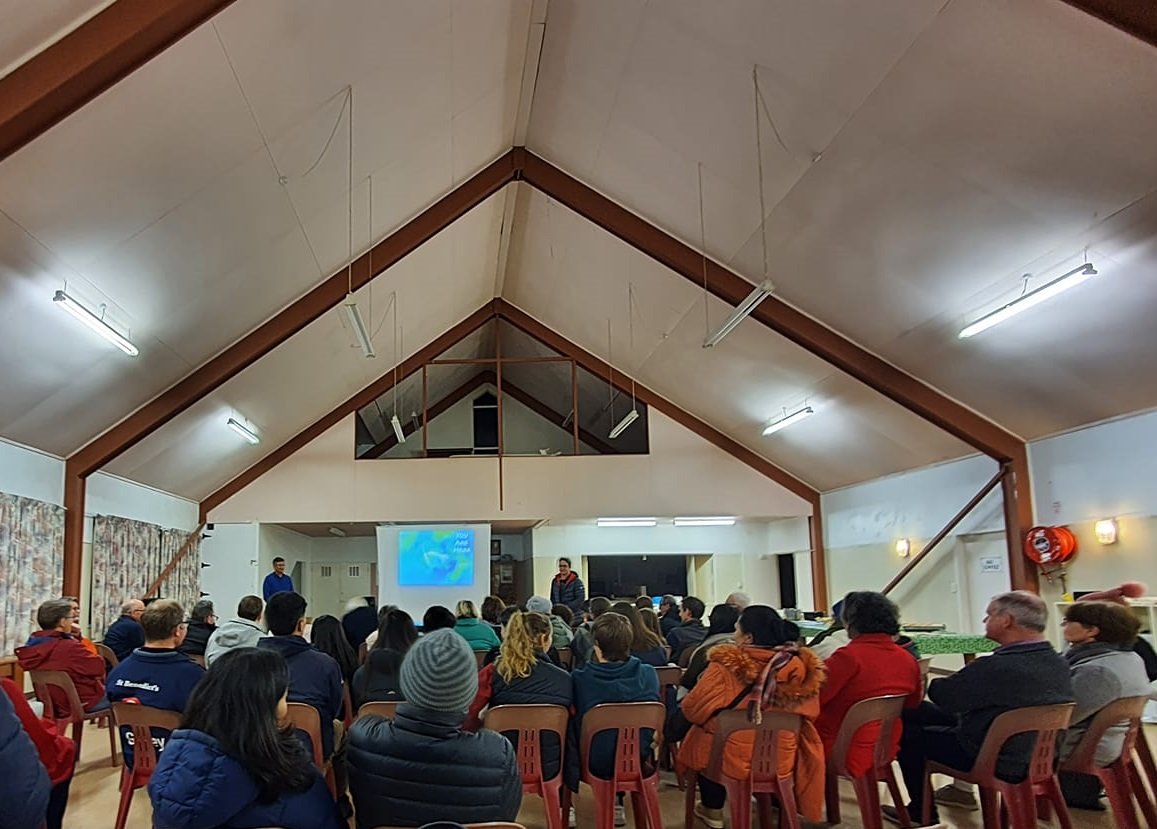 Volunteers of God are not your everyday volunteers. In Focolare the Volunteers of God are those specifically called to holiness as laypeople, precisely through directly engaging with society. They come from many social, cultural and professional backgrounds, and are committed to living Focolare spirituality in their roles at home and career.

As laypeople, they are called to build up God’s kingdom in the wider world, like yeast in dough. They aim to reach holiness by immersing themselves in world affairs.

Volunteers come together regularly in small groups to share, support and encourage one another as they live Focolare spirituality.

Diocesan priests live Focolare spirituality in a variety of ways, often sustaining each other in their priestly ministry. If diocesan commitments permit, some live together in small communities that are like focolares, so that Jesus present in their midst can illuminate and sustain every aspect of their calling and service to the Church. Others live alone, or with other priests not connected to the Focolare.

They meet periodically with other priests who share the same commitment to live the spirituality. Similarly, in agreement with heads of their seminaries, seminarians occasionally meet with others who are also preparing to become priests. 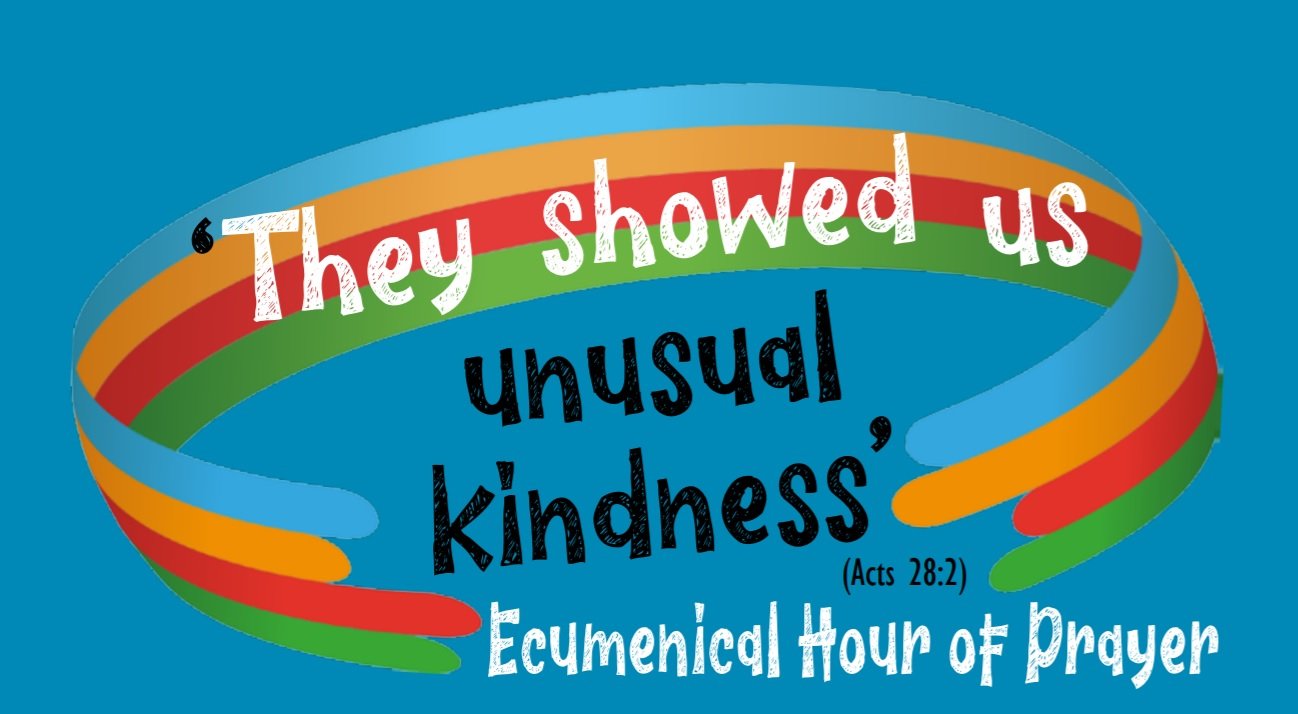 Women and men from a variety of congregations can embrace Focolare spirituality while maintaining their commitment to their own communities. Those who do gather in small groups, or keep in touch through emails and conference calls when that is not possible.

In 1968, Chiara Lubich reflected on the effect Focolare spirituality had on religious communities: “Their encounter with the movement and the practice of the spirituality often means for them a rediscovery of their rules, and a more conscious love and appreciation for their founders. Some orders, because of a more perfect observance of their own rules, have experienced a true renewal, an increase in vocations and new developments in their mission.”